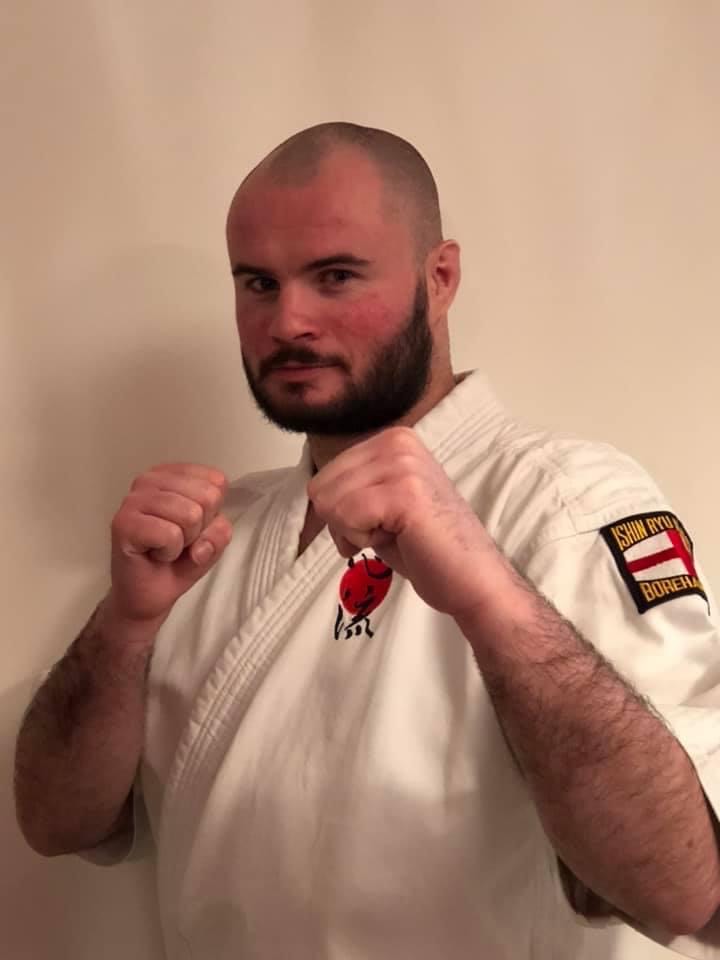 My name is Tom Garvin Renshi and I currently hold the rank of Black Belt 3rd Dan.
I became a student of Kevin Pell (Soke) in 1996 aged just four years of age studying the art of Ishin Ryu Ju Jitsu and was the first student to make it to Black Belt, having started as an infant student.

In 2011 I became a full time professional instructor teaching children and adults in London, Hertfordshire and Norfolk six days a week and haven’t look back.

I started my training within Ishin Ryu jiujitsu at the age of four in the Borehamwood dojo where I lived until the age of 8. My family then moved to Milton Keynes but my Mum, for which I will be eternally grateful for, drove me to my classes every week until I reached an age where I was able to drive myself… 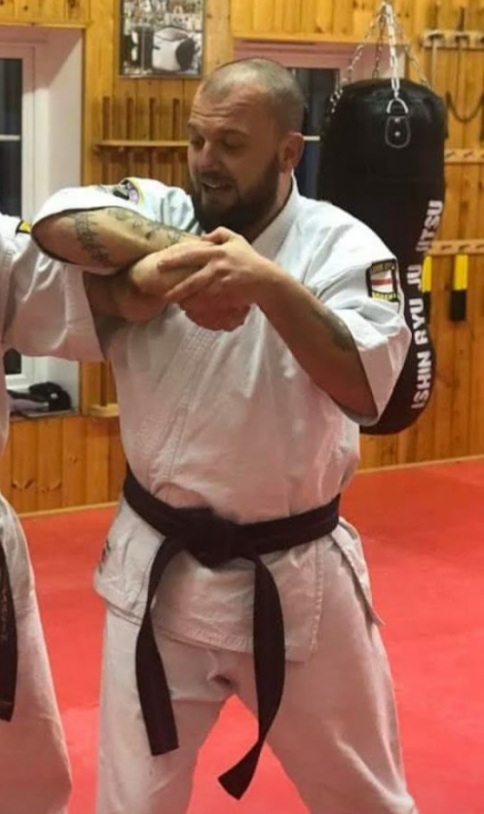 I was born in 1977 in London where I have lived ever since.

I started my martial arts training in 2009 where I was instantly taken with the no-nonsense style of Jiu Jitsu that is Ishin Ryu. The austere tutelage suited me from the outset, and although I went home limping on both legs and aching all over, I was hooked.
Following that first night I began training twice a week in the Borehamwood dojo in Hertfordshire, where I went on to partake in every chance for extra training courses, and moved up through the gradings at every opportunity.

Since then I have been privileged to travel to many countries as part of Kevin Pell Hanshi’s team, where we have taught to international audiences and performed demonstrations of our style.
Under Kevin Pell Hanshi’s guidance I went on to attempt my Shodan grading in 2016, which, after much blood, sweat and toil, I passed. I have continued to both train and teach on the mat, and have since been awarded the rank of 3rd Dan.

My personal philosophy on the martial arts are closely aligned with the club ethos. I believe strongly in developing mental resilience, fortitude and agility, maintaining fit and strong physical conditioning and combat endurance, and developing realistic stress-proven techniques and resolute principles to base them on. While my main focus is on contemporary self-defence, I embrace the history of our ancient martial art and look towards the future of a constantly evolving system 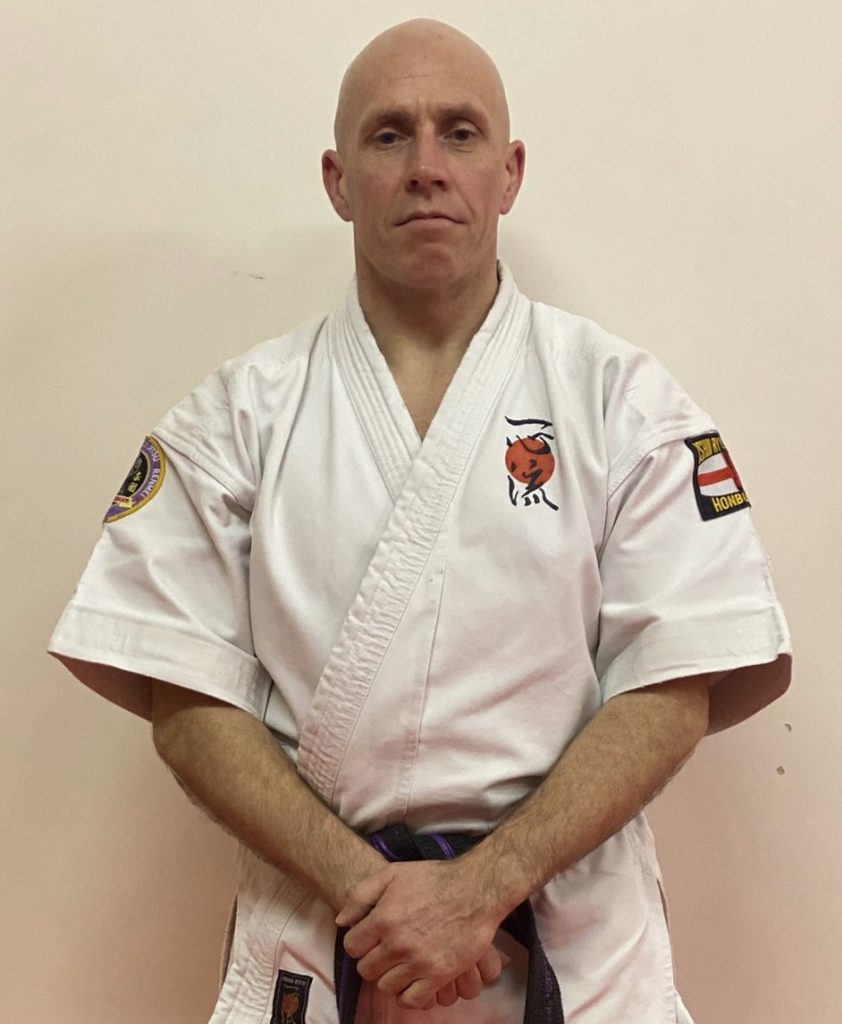 Training Officer
Born in Ireland, moved to England in 1984. grew up in London and moved to Norfolk in 2001.

After leaving the Armed Forces in 2001 and moving myself back to London, I decided to move to the East of England where I currently reside. Having spent a few years living in the area I decided to venture back into Martial arts.

During my youth, I dabbled with different martial arts, having lessons in Judo, kick boxing, watching all the martial arts movies I could get my hands on. Come to think of it, I think I even believed I was a ninja at one point, but what child didn’t think that…

Now that I was an adult, I wanted to try something again, so myself, alongside a few friends decided to venture into the world of Ishin Ryu Ju Jitsu. 12th January 2004 was our first lesson. Unknown to us, we were about to experience one of the best thrills and excitement you could get, especially when our first lesson was free. Some may look at me at being a little crazy thinking that excitement is getting sweaty, having joints being manipulated and shouting the word OSU!

To be fair, it didn’t matter what people thought, I was hooked and every night after finishing training decided to make my partners ears bleed with the excitement and thrill I had that evening.
Ishin Ryu was very militaristic, lots of etiquette, lots of fitness and the never-ending hill there was to climb to achieve your next belt. I loved it and continued training and steadily made my way through the belts.

After reaching the dizzy heights of Shodan Ho, the mountain was to climb further; the 17th of January 2010 was to become the hardest thing I would ever undertake. My SHODAN (Black Belt), no money was required, just the outright courage to go through with it. After two days and a few ups and downs, I would become an Ishin Ryu Black belt and be able to wear the coveted Sun & Kanji. A special tattoo worn to those that have been before.

Having achieved such greatness, I started to teach classes in the London and Norfolk regions. Gaining knowledge and learning the art, especially when passing on to others. I continued teaching for a few years, getting great fun and excitement from this. Watching children grow with confidence, succeed with their ambitions.

I spent many years travelling with Soke Kevin Pell, the Ishin Ryu black belts and mudansha. I have had the pleasure to train with some fantastic instructors. Having moved up the ranks to 3rd Dan (Sandan), I currently train at the fantastic Honbu dojo, a home from home… 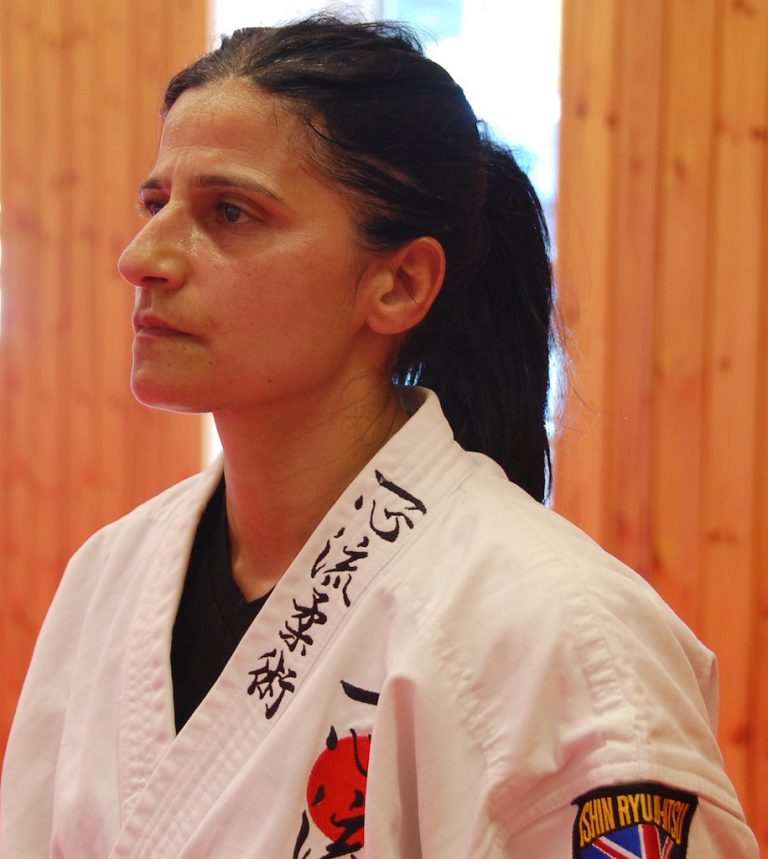 Training Officer
I recognised the value of self-defence as young as ten years old when I escaped from the hands of a paedophile. My Greek parents believed sports were for boys. But remarkably viewed self-defence as a valuable life skill that every young woman should possess. They signed me up at a young age to a local Ju jitsu club in Stoke Newington. They hoped it would protect me from bullies at school and the rough Hackney estate I grew up on. It turned out to be lifesaving.

I went on to practise Judo at my local comprehensive school. My tiny stature but tall confidence earnt me the nickname, “Mighty Mouse” as I eradicated school bullies with my fighting skills. At the age of sixteen, my father had heart surgery. I had to get a part-time job to support my mother. I was heart-broken that I was unable to join a club to continue my journey into martial arts. But the skills I had learnt so far were a toolbox I always carried with me.

Twenty-three years later I found myself returning to Ju Jitsu. When I stepped into Borehamwood Dojo for the first time, I realised how much I had missed martial arts. When I first met Kevin Pell, I remember the look of surprise on his face as I effortlessly executed five Palm Heel Strikes. The skills that I had been taught as a child had never left me.

Over many years, I dedicated myself to Ju jitsu. I trained at Borehamwood Dojo twice per week. Absorbed as much knowledge as I could. Regularly trained at other Ishin Ryu dojos. Stayed strong and fit outside of the dojo. The reward was that I never missed or failed a grading. When I successfully attained my Sho Dan Ho, it was an honour to be able to officially share all that I had learnt to other students.

As a female instructor, I am on a mission to empower other women to take up self-defence. Sexual harassment, domestic violence and violent attacks on women are not going away. It’s a myth if you think that these crimes are only committed by strangers or an assailant larger or stronger than you. I train with male and female partners of all sizes and strengths. I am not naïve; self-defence may not save me from being assaulted. But Ju jitsu has taught me awareness and potential life-saving combat skills. It has made me feel powerful and strong.

I can only speak for myself. But for me, the greatest benefit is the physical confidence it has given me. Confidence that certainly helped me as a child when I needed it most. 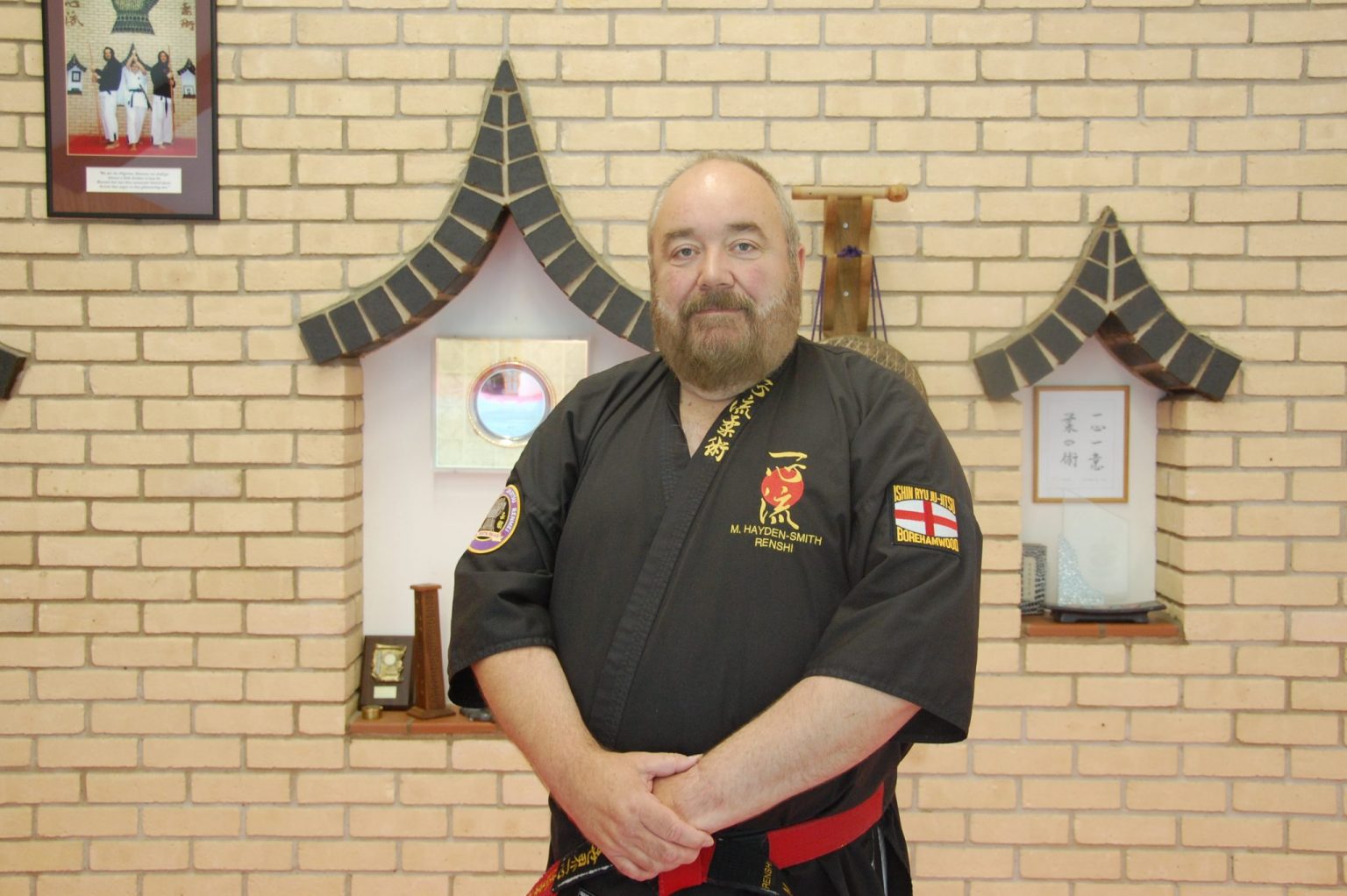 Mark Hayden-Smith Renshi sadly passed away at the age of 55…., he was a much-loved children’s teacher at Ishin Ryu Ju Jitsu. His first classes began at Manor Lodge School, Hertfordshire in 1992. He was the first member of Soke Kevin Pell’s Yudansha and well respected by everyone within the organisation.

Reaching the rank of 4th Dan and awarded the title of Renshi by Kevin Pell (Soke), his lifelong friend and instructor, he left a hole in all our lives that will never be filled. His life will be celebrated every year by your fellow Yudansha, Ishin Ryu Ju Jitsu, and all who were lucky enough to know him. With stories from his teens when you first met Soke on the farm in the mid 70’s, to singing his favourite Karaoke song “Ernie” at many seminars and trips away with the club.